Last week (October 20th) I attended the second “Java Forum Nord” in Hannover. The Java Forum is now in its second year but is the evolution of an older and smaller conference in Göttingen (Source Talk Tage). The relocation and renaming of the conference was necessary because it wasn’t possible to attract an audience huge enough to get top speakers to Göttingen. To make the transfer possible the JUG Deutschland which is located in Göttingen and hosted the Source Talk cooperates now with the JUG Bremen, JUG Hamburg, JUG Hessen (Kassel), JUG Ostfalen, SUN User Group Deutschland and the local JUG Hannover.
As a result the conference professionalized very quickly and the audience grew by a huge number. After the first edition in 2015 took place in a small Hotel at the Hannover main train station and was quickly sold out they relocated to the bigger Hotel Dormero in Hannover which had space for 400 participants and was sold out, too. After I would consider last year as a transition year I had this year the feeling to be on a very serious one day conference which had definitively left the amateur status. What makes this conference so special is that it is organized by the JUGs (Java User Groups) and aims for no profit which makes it possible to give very cheap tickets away.

This years program consisted of 30 talks in four parallel tracks and a concluding social event. The quality of the talks in my opinion has increased very much (your mileage may vary) even if I didn’t considered every single one as good. 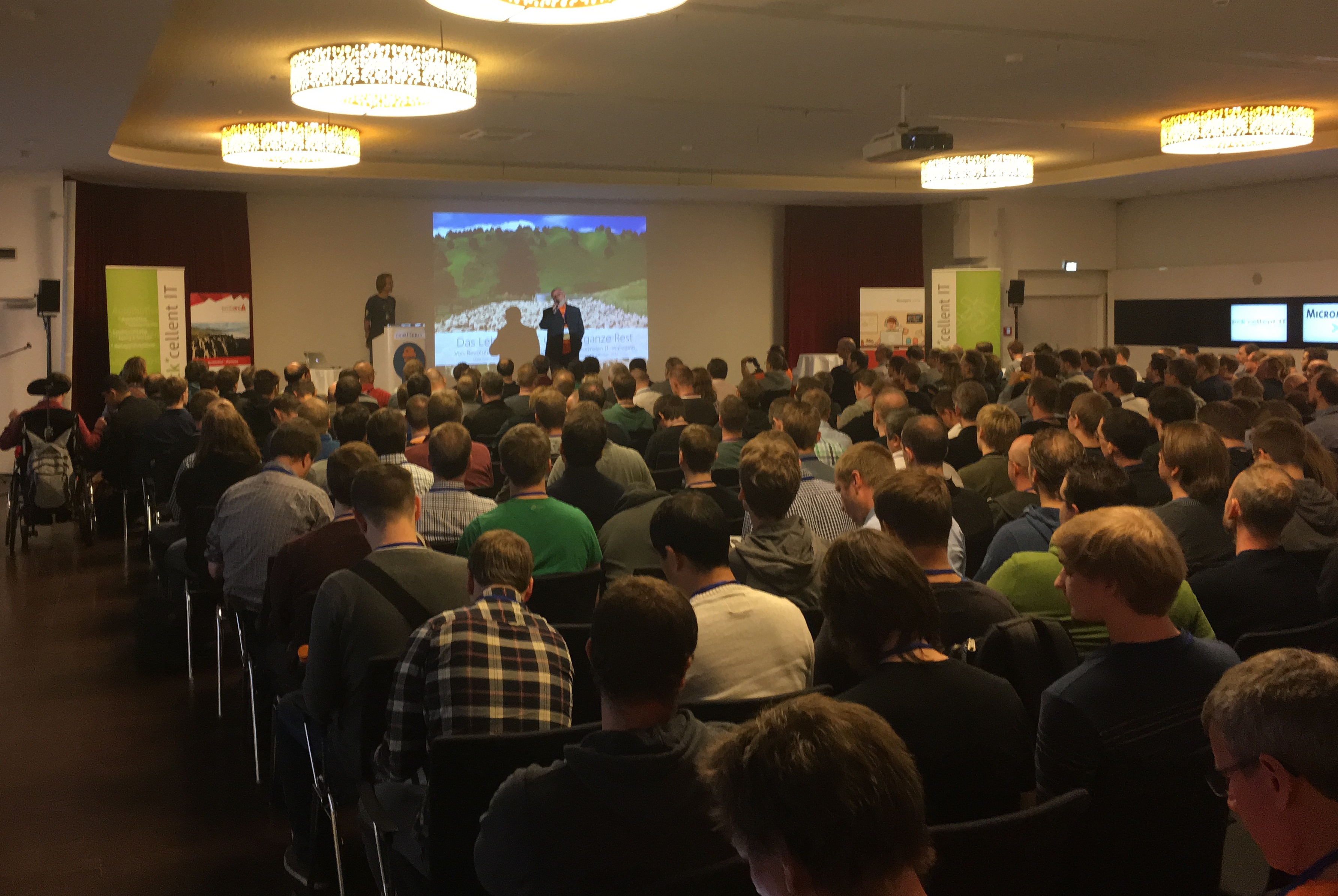 The packed keynote for example wasn’t for me. But I consider this a personal thing as I’m not a fan of meta talks and recapping the state of the industry. Aside from my own opinion I heard also some positive feedback about that talk.

In contrast my favorite talk was one I attended only out of curiosity and hadn’t the highest hopes about. It was about software architectures by Dr. Carola Lilienthal. She talked about how to analyze an architecture with different metrics and good tools for that and what is important to achieve a good architecture respectively what is often done wrong that leads to bad architectures over time. I had never heard a talk from her before but after the first five minutes you could see that she has so much competence in her topic and is such a good presenter that it will be one of the better talks. Because every talk at the Java Forum is only about 45 minutes long I put her book “Langlebige Software-Architekturen” on my amazon wishlist to get a deeper look into the topic as I think there is much I could learn from that and she has much more to say than what could be fitted in the talk 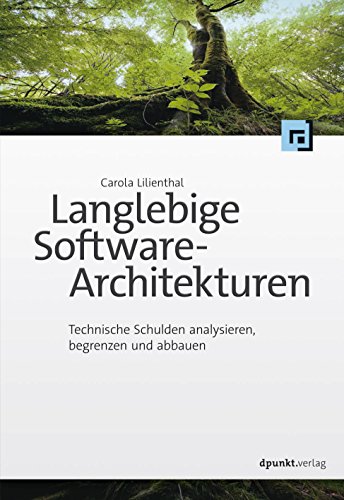 Besides that I went to a talk about web client technologies where I thought I could pick up more but I guess I already knew to much about the topic for a 45 min talk. Additional to that the time ran out in the end and the conclusion was not very good presented anymore.

Another very good talk in my opinion was about “Test Driven Legacy Code Refactoring” by Falk Sippach (twitter) which also had some time problems but was good structured and gave some hands on demonstrations which I think is a good contrast to viewing power point slides all day.

I attended a couple of other talks but primary used the rest of the day to socialize with some people I don’t have the chance to see very often during the year like fellow blogger and java developer Bennet Schulz (Bennets twitter), some colleagues which work in different locations, made some new contacts and so on. I think in the end this is the essence of a conference like this. Seeing some nice and interesting talks but especially having some time to meet interesting people that share the same profession and interests.

To round my view of the conference up I think the new location was a good choice. The hotel staff was very professional and made a good job, the venue itself was very nice, the sound system was good and the catering was more than OK. Most of the talks were good with some highlights and on the other side some lowlights. I think the overall quality is very good considering the price but naturally lacks behind the huge conferences like devoxx, Jax or JavaLand yet. On the other hand speakers you don’t see at any conference are given a platform here which is a good thing for both the speakers as the audience.
If I should criticize anything it would be that there was no iOS conference app (there was on released one day before the conference which was announced the day of the conference) and no iCal file of the program which lead me to print out the program and fiddle around with some paper there. Another thing I think is handled suboptimal is that the conference always was announced as from the community for the community which is a really good concept but for the regular guest the “from the community” part doesn’t seem to be that accessible as it could be. What I think would be a good idea is to publicly promote some possibility for the community to help with the preparation, organization or the setup of the conference. This would be a good possibility to get new people to the community and the participating JUGs as it would prevent not closing up the organization too much over time.